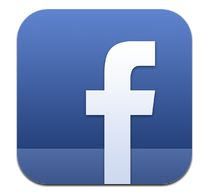 Facebook recently updated their Edgerank content filtering system and turned it up a notch to be a little more aggressive in filtering out content. The goal it seems was to help people manage the influx of content coming from their stream and reduce it to the ones that have the most relevance to them (via previous interactions, likes, ignores, and so on). Unfortunately, I don’t think that it’s as altruistic as it seems, especially considering that content publishers can increase their stream potential by promoting their post via a payment to Facebook. In essence, Facebook instituted a paywall for their content, or your content. It’s almost a no brainer strategy to make some cash flow out of a fairly captive audience, especially for those that don’t use other networks like Twitter or Google+ (hint hint, diversify!).

It’s good that it wont affect end users so most may not even notice that they may no longer be getting all the posts they had previously gotten. For some, like Robert Scoble, it’s a welcome relief to filter out the noise. I’m a little more in George Takei’s camp (who does not like it), but more for the reason that it just doesn’t seem like the right thing to do from a user experience point of view. Facebook seems to have conceded and adjusted it a bit.

I’m all for filtering. In fact, I’d love to be able to nicely filter content from most of my streams in a way that doesn’t require too much effort. I don’t necessarily mind that Facebook or Google+ or Twitter may automatically do it for me, however, I want that concept to be my decision. I want the ability to opt into this type of filtering, and if needed, apply it only to certain segments. If this isn’t being done, there’s a fine line that gets crossed. In fact, there’s a lot of fine lines that get crossed.

Non user initiated content filtering is pretty much a form of data hostage taking. Combine that with monetization like Facebook is doing, and you’re suddenly into a subtle form of blackmail. Pay Facebook, else your posts wont show up in the user’s stream, even if the user has done nothing different and is even expecting them. That’s just not the right thing to do. I’ll be completely OK if they had decided that publishers that pay money can have promoted content show up in my stream (ala Twitter), provided I can keep my stream as is. It’s a free service after all, so I know they need to try something. Or even to create special areas where these posts can appear. I mean, we’re essentially talking about ads like we all know. But to take data hostage, especially for entities that aren’t particularly commercial (though even Takei has commercial interests to sell his book, he’s not necessarily primarily about that in day to day interactions), is just not ethical, especially for a system that purports itself to be “…free and always will be.” (as mentioned on the sign up page).

Filtering, though, is a necessity, and it’s not that it’s evil either, it’s simply a necessity. However, filtering is also very personal. As such, there’s a lot of user experience, and moreover user expectations that takes place for a good filtering system to work. You cant just take away content and hold it hostage, especially if it was previously available. However, it’s odd how if you never had that content to start with, you may be okay if things get doled out in a limited fashion. It’s much more about expectation than the literal concept of filtering.

I’m looking forward to seeing how systems that are actually progressive decide to tackle these issues. Unfortunately a system like Twitter, despite having plenty of lead time to implement something interesting, has chosen to do nothing more than a few lists and call it a day. It’s a bit disappointing. I’m hedging my bets on Google+ taking on filtering next and hopefully doing a better job of it. Their ulterior motive lies much more in the search realm, and everything else they build is built on the concept that it should somehow monetize itself in the form of more relevant search. So if they know what I want to filter, they know my interests, which means they can better target me. It also means that something like Google Now can be more relevant to my interests, Google Play can show me things I may actually buy, and so on. The spice keeps flowing throughout the infrastructure. Unfortunately for Facebook, there just isn’t that chain to traverse, so they need to make the best of it at the top level and monetize directly in that social networking space. Hence, my bets are hedged towards Google for actually trying to cater the user (which as usual collecting and big brother watching everything you do. Trade offs.).

What could they do? There’s a lot of interesting things. Personally, I would love to see producer side content tagging abilities. I want my content producers to tag their content according to what they produce. Multiple tags, circles, hashes, whatever. But then to allow me, on the receiving end, to filter based on their categorizations. That will allow me to be able to filter and control my content into what I want. This also, more importantly, lets normal people introduce facets into their personality.

At the moment, disappointingly, Google treats each person as a monotone, expecting them to produce one kind of content that I can either listen to or not. That just has to change as people simply are not that flat. Being able to expose that multifaceted aspect and leverage it on both sides is definitely a winning scenario, at least for me. I hope it’ll be something that will eventually get implemented in one form or another. It’s an interesting topic, this concept of a multifaceted identity, and something I have on my docket for a discussion… later :).

So get on it +Bradley Horowitz, or at least tell me it’s in the works.

I actually had this post all ready to go in Evernote but due to a bad network sync, it ate it. sigh, so a rewrite. yes, I guess it’s probably better now, but the time and angst was not nice.