It’s not often in one’s life that you’re confronted with the realities of being alive, namely by virtue of a death. It always sneaks up on you, no matter how much you think you expect it. 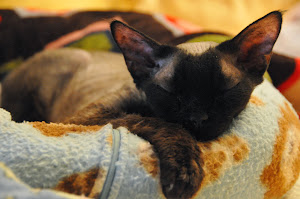 Our cat, Anakin, finally gave in to his heart disease and passed away a few weeks ago. I’ve had to let this post and others sit on the sideline a while due to the event. For those that have never taken care of an animal beyond the obligatory duties of just feeding and walking, this post wont make any sense to you. You may leave now.

it was an expected event

He was diagnosed with heart disease (and inflammatory bowel disease) over an year ago so the fact that he was pretty happy dandy till the end was a good thing. But looking over all the pictures, I can certainly see a change in him over the course of a year. It’s hard to notice when living with him day to day, but somewhat striking to see just how much physical change he went through. As grim as it sounds, in the end, he died of a cardiac event. But we were able to be there when it happened, paying attention to him, trying to comfort him. So as tragic and sudden as that event was, there was some solace in knowing that we were there, and hopefully some comfort for him knowing that he was with us till the end.

Living with someone for almost 12 years, whether an animal or a human, can make an impact. There’s a certain sense of loss and that gut wrenching feeling of never being able to see or be with them again. I’ve lost grandparents and relatives, but the sense of loss is different with someone that you’ve continuously been with, day in and day out. I know perhaps people will complain if I compare this to the loss of a child, but it is markedly a different experience than losing a relative. 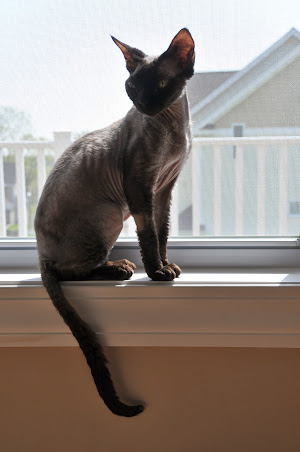 As a programmer, I tend to reduce things to logic and calculations. I knew the event was coming. I knew that even if he lived till a ripe cat age of 20, I would still have to endure this same sense of loss. It’s a sad thing to know that by caring for an animal, the chances are that you will witness their death first. Perhaps there is comfort in thinking that at least you get to endure this for them instead of the other way around. To have him lose one of us may be as equally heartbreaking and perhaps confusing to even comprehend why we may not be around anymore. I hope our other cat, who has elevated her level of “follow the human around”, is not feeling as badly (she’s a much more independent cat).

But it’s hard to completely rationalize away any emotions one should have during a time like this (note: and perhaps one should not). Almost out of a defense mechanism, we try to assign some reason, some justification, some grander plan, a fate. I only ascribe that this is what happened, when it happened, and am simply thankful that it happened when we were around instead of a time when we may have been out or away from the house. It was an important closure to be able to be there with him. 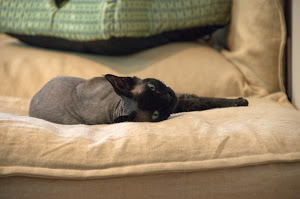 This sudden event, along with my change in employment status, is a jarring reminder of the lack of permanence. Things will change whether you plan them to or not, whether you want them to or not. It’s a grim reminder that the permanence we so complacently accept and cherish is not, in fact, permanent at all. You need to invest your time and energy into actually doing something, being someone, that can overcome and strive past these events. To know that you’ve taken the time and energy to do what you can to leave an imprint.

He was just a pet, a cat, an animal; but if you’ve ever taken care of one, you will know how much impact their mere presence can have and how much more impact their presence can be felt once they are gone. He left that incalculable impact simply by being who he was… just by being with us. That’s an accomplishment few can ever have.

I think it’s time to start something.

* sometimes it’s the hardest to just get going. stop worrying about things that could go wrong or how difficult it may be and just try it out…