tl;dr: Wouldn’t it me nice if we could actually own the rights to watch and engage with media in ways we see fit instead of being told what’s best (for them)? 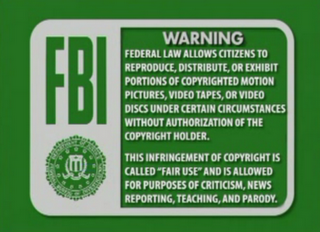 This concept makes the rounds once in a while: Whether it’s better to have something physical to keep and use, or to rely on a streaming service to provide for you so that you have the convenience of anytime anywhere. Both ways have their pluses and minuses. I probably wont exhaustively cover every aspect of it, as something like this has been written about all over the place. I’m just going to focus on the portions of these issues that I find interesting and relevant to my needs.

First off, my bias is that I’m a physical disc person, not a streamer. Oddly, it’s a contradiction, but I find at times more tedious to get things right with a streaming service than to actually have physical media in hand to leverage. I can certainly understand viewpoints like that of +Sarah Price who sees value in streaming where you get [almost] ubiquitous viewing on any device anywhere. But maybe because I’m more of a home based person, I tend to usually watch things on desktop or TV. I don’t have as strong a need for mobility as whatever is around the house is hooked up to play physical media or disk drive media.

So what’s the real issue here? It’s not really about disc vs streaming, it’s far more about ownership and rights and content availability.

I like the “extras” that are available on hard media. I turn on subtitles for everything (they just help me grasp the story better in times of heavy dialog). I enjoy the extra features, cut scenes, even trailers for upcoming titles. These are all usually sacrificed on the streaming version. I just can’t understand in this day and age why the concept of a complete package isn’t present with how streaming media is rendered. Subtitles certainly should be an easy thing to get done. The packaging of the extras, or lack there of, really seems like a form of punishment for wanting to “cheap” out by getting the streaming version instead of the hard media.

But back to the core issue. Technically, in neither case do you actually own the movie (or software). What you do have is the right to view it, but that’s about it. If I wanted to watch a DVD on my Linux machine, legally, I really don’t have too many choice. Blu-ray? Forget it.

I like that with streaming, you get that ubiquity and omnipresence of your content… to almost everything. Well, except Linux machines cause they’re so insecure… If new resolutions are available, not a problem, upgrading should be automatic. You get the convenience, but you sacrifice control. You lack things like accessibility, subtitles, special features. And the company you’re renting your streaming rights from may go broke. Then you’re left with nothing. A reality check that you were indeed just renting the material.

With hard media, you’re still “renting”, but with a little circumvention, you can own your content. Convert it to a portable media format and you have your content where ever you want. You can take it with you on your devices, put it in the cloud and do whatever with it. Want to preserve the whole DVD experience? Sure. Need to minify it for the phone? Sure. But it’s work. You need to be prepared and sync your content and/or you need to host it somewhere accessible, then download it to the device. It’s a pain for most, and an unnecessary use of disk space, but you have the control.

I strongly believe in the right to be able to watch media you’ve purchased in a way that you want, when you want, on what device you want. With hard media, you can achieve that. Unfortunately you break the law for that convenience since apparently it’s illegal to “have it your way”, but at least it’s possible.

Hence, here is my gripe with the media industry in general.

We’ve never bought anything since the advent of the tape and vinyl days (and probably earlier). Not a song, not a video, not an ebook. Nothing. We’ve always been renting it. Or rather, renting the rights to engage with the medium in the format you purchased the rights to. And as such, those rights can be revoked without warning, at any time, for reasons beyond your control or even comprehension. Look at what happened to Amazon’s ebook “recall” from a while back. One day you had “1984”, the next day it was removed from users’ kindles despite having paid for the right to read it.

You can’t do that with a physical book or any physical media (ignore a Fahrenheit 451 scenario). But I’m sure they would love to be able to enforce that.

Which brings me back to my long winded point. The media companies want control. Total and absolute control. Which is why streaming is the best solution. They have total and utter control over every aspect, and you get none. As in absolute zero. Yes, maybe you can rip the stream, but they do make that harder than copying a DVD.

If one day, they decide you no longer can stream to your iPhone because of a dispute with Apple, they can do that. If they decide your Android phone has a screen size that’s too large to consider it a phone, they can charge you more to stream to it instead. New 4K streaming capabilities == A new charging tier. $4.99 not enough for 1080p, they can simply serve you 720p instead.

Your rights and the concept of “fairness” is of no concern. Which is why in some sense you need to be able to protect what should have been immutable. You paid to watch something. In common sense terms, that implies you paid to be able to watch it when you want and how you want. I think we deserve that much when paying for a season of TV or a movie or an album. Technically, I think you certainly deserve that in addition to the BD, DVD, Streaming option you paid $24.99 for. You really should have the right to reformat and repackage as your needs dictate.

And in some sense, I don’t think the media companies actually worry too much about the legitimate use of their media for your use. They’re worried you’ll copy it then distribute it. But that’s a discussion for another day.

I think that’s what’s missing here. Common sense control abilities for my rights to view media. I want to buy the rights to view my media in whatever way I want. I want to be able to purchase my “rights” that allow me to view a movie how I want, when I want, where I want, using whatever I need to make it happen. If I want subtitles, if I want special features, if I want it in 1080p or 4K or 10bit or mkv or with director’s commentary. I simply want the ability to buy my right to do so.

In that case, I don’t mind paying a bit more. But please, let’s be reasonable. $24.99 for a BD/DVD/Streaming combo package is nice, but that really should be the upper limit for the concept. Just give me the rights to store it on a computer, or give me the same content in streaming I have on physical media. Just one way or the other, let me buy my rights. I’m not saying I should have the right to distribute it to anyone else, I just want the right to legally burn a spare copy, or to rip it to my HD, or to encode a version with soft subtitle and load it onto my tablet to watch on the plane.

That, for now, is the reason why I still prefer my hard media. It still offers the choices and ways I want to watch things. Yes, it sacrifices the ubiquitous convenience of streaming, and if you’re a traveler or need to have things on the road a lot, this may just not be convenient enough for you. But for me it is. And for me, streaming is not that altruistic solution that’s future proofing my media, it’s simply a way to leash control onto you and relinquish you of any rights you thought you had (which you never really had in the first place).

Something needs to change. We need a bit more fairness in this public vs big media battle.

fbi warning image from here, which I guess in it of itself is questionable if I am using it in fair use